The Political Economy of Natural Resources and Rentier States

Natural resources can generate vast sums, in many cases larger than official development assistance or other forms of national income. If managed prudently, natural resource wealth can have a substantial impact on a country’s sustainable development efforts, and in addition to the capital flows, natural resources can have many other direct and indirect influences and benefits for an economy. But those benefits are far from automatic and in fact, in many cases natural resource wealth is not spontaneously transformed into long term sustainable development. This course aims to build knowledge in order to make the most of oil, gas, and minerals, while mitigating the risks that these industries bring. It outlines the various complex and interrelated aspects of natural resource governance, including: (1) understanding the governance and industry fundamentals; (2) developing and implementing robust and transparent legal frameworks; (3) designing fiscal regimes to capture a fair share of the revenues; (4) managing environmental risks; (5) engaging with communities; (6) leveraging investments for infrastructure and business linkages; and (7) managing revenues for economic diversification and development, among others. It explores the major effects of the ‘rentier economy’ and natural resources on democracy and state building, as well as the role of reforms in prevention of the ‘resource curse’. The course analyses the role of the natural resources in conflicts, including domestic and interstate wars. It explores the implications of the rentier economies for development of democratic institutions, such as the opposition, putting it in comparative perspective. It will illuminate the concept of ‘resource nationalism’ as disincentive of integration. It also contributes to the debate on ‘resource curse’, bringing in a historical perspective to the analysis of the effects of ‘oil booms’.

The online seminar is organized with the New University in Exile Consortium (NuiEC) based at the New School for Social Research.

a general understanding about:

1. The political economy of rentier states and natural resources

2. Revenue management and fiscal rules in a natural-resource-rich country

3. Their implications for democratic institutions

4. The role of natural resources in conflicts and external relations.

Upon the successful completion of the course students will be able to:

2. Conduct the comparative analysis of the current trends in the resource-based economies (globally)

3. Apply the lessons learned from the experience of the rich resources countries to develop the other case studies (regionally) 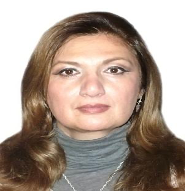 Dr. Leila Alieva is an affiliate of the Russian and East European Studies at the Oxford School for Global and Area Studies and a tutor at the Oxford University Department for Continued Education. Pior to that she was a member of the Senior Common Room of the St. Antony’s College of the University of Oxford and the academic visitor. Before she moved to the UK, she had been leading a ‘think-tank’ in Baku, Azerbaijan. Dr. Alieva’s research focus is on the political economy of oil, conflicts, democracy building and energy security. She has also been a consultant to EBRD and oil companies. Previously she was a post-doctoral researcher at Harvard University, UC Berkeley, a fellow at the Woodrow Wilson Center (Kennan Institute), NATO defense college (Rome), National Endowment for Democracy (Washington DC), and Paul Nitze School for International Studies (Johns Hopkins University). She has edited and authored books, chapters and articles published by Oxford University Press, Sharp, Janes Intelligence Review and many others. She has been awarded by various academic scholarships and is a holder of the UK ‘exceptional talent’ visa in her professional field since 2017. 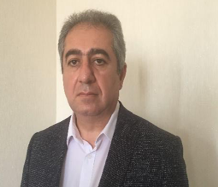 Dr. Gubad Ibadoghlu is a political economist from Azerbaijan. He has commenced his career at Economic Research Center in 1999. He is a senior policy analyst for social and economic studies at Azerbaijan’s Economic Research Center, a Baku-based NGO that promotes economic development and good governance. Dr. Ibadoghlu was a member of the Steering Committee of the EU Eastern Partnership Program’s Civil Society Forum (CSF) and served as a representative of Eurasian’s civil societies representative to the international board of the Extractive Industries Transparency Initiative (EITI) for 2013–2019. His research focuses on politics on natural resources and revenue management. He was a researcher at the Higher Economic School, Warsaw in 1999/2000, at Central European University, Budapest in 2004/2005, in the University of North Carolina at Chapel Hill in 2008/2009, at Duke University in 2015/2016, at Institute for Advanced Study in Princeton in 2017/2018. Currently, he is a postdoctoral researcher at the Center for European Studies of Rutgers University, New Brunswick, NJ, USA and he is teaching courses as a visiting professor at the Department of Political Sciences.

This Seminar is funded by the New University in In Exile Consortium based at the New School and is organized in partnership with Off-Universitiy.